More than the Alamo-San Antonio 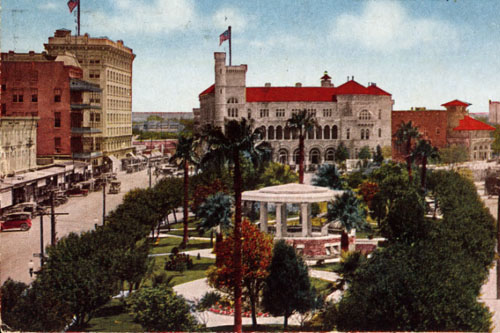 There is a city in Texas where you don't need a car to see the top attractions. Cab it from the airport to downtown, and you're surrounded by world class museums, such as the McNay and the Briscoe Western Art Museum. The Riverwalk downtown offers a crowded but enjoyable stroll; venture a little further afield on the Riverwalk and explore the historic King William District. Several historic homes, including Edward Steve's Homestead, are open for tours. Boudro's, Bella's and the Boiler House Grill and Wine Garden are among the best restaurants in town. Austin is just two hours away by car; plan on an overnight visit with a stop in Lady Bird's Texas Hill country. 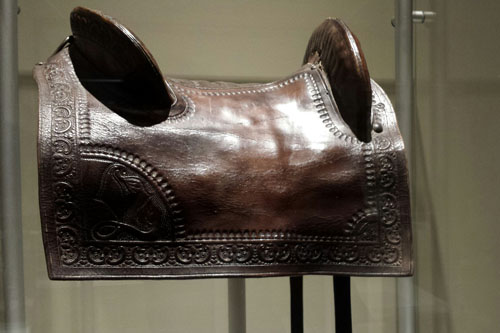 The Old West has been romanticized in books and movies since the time the first cowboy put on his hat. But the line between fact and embellishment has been blurred over the decades. The Briscoe Western Art Museum attempts to bring reality to the masses, but keep the independent spirit and romance of wide open spaces alive.

The museum sits on the Riverwalk and is housed in San Antonio’s first Public Library Building. Part historical, visitors can see Santa Anna’s sword and a scale model of the Alamo just prior to the battle. Santa Anna was the Mexican politician and general who led Mexican troops to the North to bring Texas back into Mexico's fold.

Yes, there are the grand paintings of men on horseback staring into the sunset over empty space. But, there is much more, from Pancho Villa's saddle to a Wells Fargo Stagecoach, the artifacts spurring the imagination to envision the clash of cultures between the Native Americans, white settlers and Mexicans, and the eventual taming of the West.

The Briscoe is a true gem in San Antonio and should be high on anyone’s list. The museum is also family friendly, offering high tech displays to engage the younger generation. 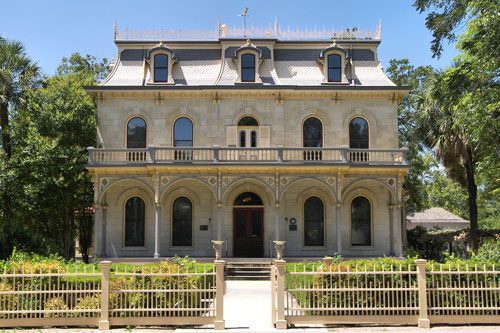 The King William Historic District is arguably one of San Antonio’s most loveliest neighborhoods. A Victorian here, an Italianate home there, it is like walking in an open air museum. Unfortunately, most of the dwellings are private, allowing one to admire from the curbside.

One of the few that is open to the public is the Edwards Steves Homestead. The term 'Homestead' may evoke images of pioneers, battling the elements and trying to eke out an existence on the frontier. The Steves Homestead is nothing like Little House on the Prairie. First, the home was built in 1876 in an already up and coming area of San Antonio. Second, the Steves made a fortune in the lumber business, allowing them to indulge in the finer aspects of Victorian life.

Today, the former home is operated by the San Antonio Conservatory. Tours, whether guided or self-guided are offered on most days (guided tours usually need reservations). Costumed docents share life in the home, where the Steves spared no expense in living the good life and raised the bar of opulence for the rest of the neighborhood to achieve. Most of the furnishings and décor are the same as when the Steves lived here. This includes the original wallpaper, furniture and most of the trinkets seen throughout the house. The Steves also built the first indoor swimming pool on their property, though this may not be available at the time of your visit.

The Edward Steves Homestead is in the King William Historic District, just south of downtown. The prettiest way to access the area is to walk along the river until you reach this historic area. 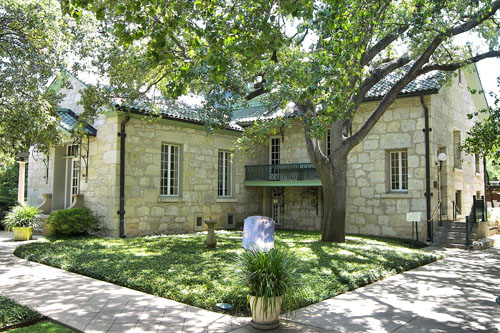 Just south of downtown San Antonio, the King William Historic District is one of the most historic areas in the city. Originally settled by German immigrants in the 1880s, the wealth and influence of the immigrants is as evident today as it was in the Victorian era.

Like most urban neighborhoods, the King William District was once a hot real estate property that began a slow decline. By the 1930s, most of the mansions were converted to apartment buildings. Following World War II, when most cities began abandoning their urban neighborhoods, King William was being rediscovered. With private funds restoring the opulent residences, the district became the first in Texas to be declared a National Historic District. By the 1960s, it once again became a desired location.

Today, King William remains a lively part of the San Antonio lifestyle, although it is more subdued than what you will find on the Riverwalk or El Mercado. The Blue Star Art Complex has transformed a former warehouse into an art gallery and studio where artists make and sell their wares. For a lively place to eat and drink, head to the Liberty Bar at 1111 S Alamo.

The historic district is mostly private residences, and interesting for a neighborhood walk, download the map from the website for a self-guided tour or choose a guided walk http://www.sanantoniowalks.com/. The area has two homes open to the public. The Guenther House is a museum and restaurant and once home to the owners of the Pioneer Flour Mill. The house is slightly less opulent than the surrounding neighborhood, but gives a good glimpse into the wealthy family lives of early San Antonio. The Edward Steves Homestead was one of the first homes to be renovated in the area and has been donated to the San Antonio Conservation Society. 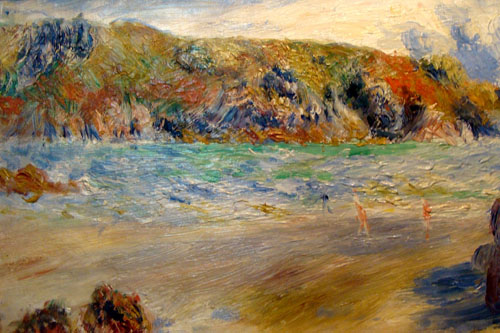 In the early half of the 20th Century, art teacher Marion Koogler McNay amassed one of the largest collections of modern art in the world. As the heiress of an oil baron, she had the means and her 24 room house provided the space to display her collection. Upon her death in 1950, she bequeathed the entire collection and her home to the City of San Antonio for the purpose of creating a museum with her collection as the centerpiece. When the city opened the McNay Art Museum in 1954, it was the first museum dedicated to modern art in Texas.

The works are displayed throughout her old Spanish Colonial style home. Masterpieces by Paul Cezanne, Henri Matisse and Pablo Picasso grace the walls. Over the years, the museum has acquired works from Georgia O’Keefe and other artists from the Southwest US, adding local flavor to the museum.

In the 1990s, the museum underwent a major expansion and is also home to the Tobin Collection of Theater Arts. The collection, containing over 10,000 artifacts, is one of the largest concentrating on the theater. Set designs, costumes and props from productions over the world are on display. Along with the collection, a theater was also constructed where patrons can enjoy concerts and theatrical performances.

The McNay is approximately 5 miles north from downtown San Antonio. 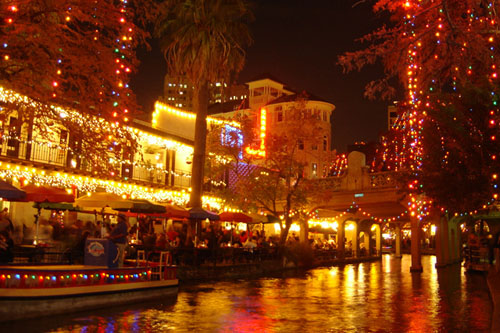 One story below San Antonio's streets, the riverbanks are home to winding paths and bridges. Restaurants, bars and boutiques line the parallel sidewalks. Tourists can amble from the Alamo to the Museum of Art and the Pearl Brewery – all without dodging traffic. The river even runs straight through the Regency Hyatt's dramatic lobby. But it wasn't always so welcome a water feature. After the 1921 flood, which killed 50 people, the city planned to turn the downtown waters into a storm sewer. Architect Robert Hugman stepped in with a bold plan. By 1939, he won the support of the WPA, which installed the first walkways, 20 bridges and many of the River Walk's signature bald cypresses. Today the area is flourishing – and debating a cap on chain establishments to maintain local flair. In May 2009, the city doubled the walk's length with the $72-million Museum Reach, part of a larger, ten-year revitalization.

Easily access the River Walk just outside the Visitor Center in downtown San Antonio. After improvements, the walk will extend from Hildebrand Avenue 13 miles to Loop 410 South.
River Walk open year-round 24/7, contact individual attractions/services on the River for hours. 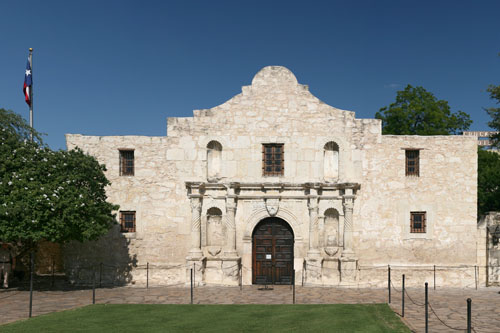 This tiny mission housed about 200 fierce fighters, who held off around 1,500 Mexican army troops in 1836. Among them numbered legendary knife fighter Jim Bowie and David Crockett, famed frontiersman and former congressman from Tennessee. After 13 days, the defense crumpled and Mexican soldiers blasted open the church's barricaded doors. "Remember the Alamo!" became a battle cry – heard at San Jacinto when Texans finally triumphed conclusively and captured General López de Santa Anna. In 1905, a New York syndicate tried to turn these "sacred patriotic grounds" into a hotel. The Daughters of the Republic of Texas saved the tatty-looking 1724 structure and made it an exhibition-cum-shrine. A larger museum, gift shop, garden and research library also grace the premises. The displays – compiled largely by enthusiastic amateurs – don't provide sufficient context, so try to tag along on a staff-led tour (on the half hour).

Open until 7p during peak summer season (June through August).
This information was accurate when it was published, but can change without notice. We are not responsible for any loss suffered in connection with use of the content or services available via the site.

For Children en-route to Paris!

More than the Alamo-San Antonio