A Weekend in Culture-Vulture Madrid 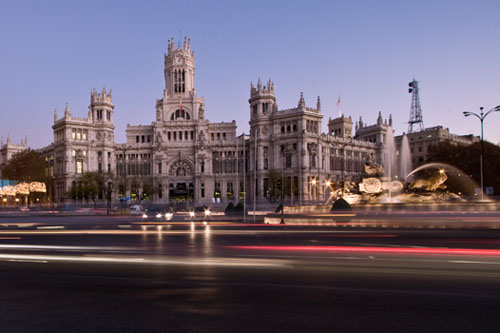 A city of mind-blowing civic architecture, amazing art and manicured parks, Madrid also has a series of distinct barrios — from the 19th-century elegance of Salamanca to the down-at-heel vibe of El Rastro. Experience them all equipped with ten essentials for a weekend in Madrid. One of the wonders of the art world, the Prado was built in the late 18th century by King Carlos III to house the Spanish royal art collections; its biggest draws are paintings by Goya, Velázquez, whose pièce de resistance is the playful Las Meninas and Mannerist El Greco. Other highlights include fabulous paintings by Bosch, Brueghel, Raphael, Rubens, and Rembrandt. For time-deprived weekend visitors, the museum has several self-guided routes taking in its masterpieces; expect to spend at least three hours there. With bronze-colored upper floors and one façade covered by a vertical garden, the CaixaForum sits close to the Prado. This free cultural hub hosts innovative temporary art exhibitions and is a favorite pit stop for a late lunch in Restaurante Arturo. A step away is the Naval Museum, another free Madrid attraction and important for its model warships and the Mappa Mundi, dating from 1500 and drawn up by cartographer Juan de la Cosa, who traveled on many of Colombus’s voyages to the New World. Next up is the Thyssen-Bornemisza Museum with artworks of impeccable quality reflecting the buying power of the wealthy Thyssen dynasty. This is a whistle-stop tour of Old Masters; portraits from Gainsborough, Sargent and Whistler; Impressionist greats; and modern works from Kandinsky, O’Keeffe, Hopper, and Bacon. Wind up your Saturday in Madrid among the buzzing bars and restaurants of historic Plaza de la Paja. Come Sunday, make for the colorful, chaotic weekend flea market stretching along Calle Ribera de Curtidores in El Rastro. Stalls are laden with a mish-mash of second-hand clothes, Chinese toys and Asian textiles. Get there around Sunday midday for a sift through the bargains before retiring to a local bars to admire your purchases over a restorative aperitivo. Warning: beware of pickpockets. From El Rastro head northwards to Plaza Mayor, a beautiful, colonnaded plaza built by the ruling Habsburg monarchs in the early 17th century. The scene of brutal executions during the Inquisition, today Plaza Mayor is crammed with expensive cafés and restaurants with premium people-watching potential. Turn left out of the Plaza Mayor to the Palacio Real, commissioned by the Bourbon King Felipe V as a Versailles-inspired royal residence completed in 1764. King Juan Carlos opened the palace to the public after the death of General Franco in 1975, and inside 25 richly decorated and furnished rooms are open to the public, including the opulent King’s Bedroom, Porcelain Room, Pharmacy and Armory. From there, catch the Telerifico cable car over the green expanse of Casa de Campo from Paseo del Pintor Rosales to see the River Manzanares and Plaza de España, the Egyptian temple of Debod and Almudena Cathedral from above. Have lunch at the hilltop restaurant and enjoy panoramic views across Madrid. Take the metro to Atocha to visit main building of the Centro de Arte Reina Sofia – it’s free entry on Sunday afternoon – which houses Spanish art of the 20th century from big hitters Dalí, Miró, and Tàpies. Don’t miss Picasso’s fabled Guernica, depicting the bombing the city during the Spanish Civil War of 1936–39. From there, slope off into the Parque del Buen Retiro for a cool beer by the lakeside monument to King Alfonoso VII, a showy memorial built in 1922. When you’ve caught your breath, trawl the city’s bars to enjoy tapas and flamenco. By: Sasha Heseltine

Ten Things to Do during a Weekend in Milan