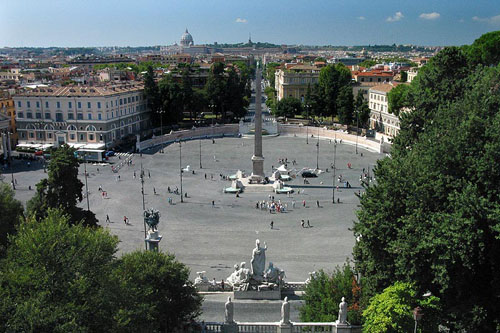 There’s nowhere more spectacular than Rome to take a city break, where thousands of years worth of history ooze from every street and alleyway. This ancient metropolis really deserves a week’s attention at the least but if time is short, here are the ten essentials when it comes to vacations in Rome. First up, get a feel for the city in the cobbled piazzas of the centro storico, kicking off at the Campo de Fiori fragrance-filled morning market. Dive into the backstreets, taking in the glorious cluster of Baroque fountains by Bernini in the Piazza Navona and join the crowds gazing in awe at the sublime perfection of the Pantheon, built by Emperor Hadrian in 125 AD. Meander southwards to the Crypta Balbi, a relative newcomer to the Rome museum scene, where a slice of chronological history is laid bare, cutting through Renaissance and medieval layers down to the lobby of a Roman theater built in 13 BC. Next aim for the Capitoline Museums, but before entering, head up to the Terrazza Caffarelli café for lunchtime refueling; it’s one of Rome’s best-kept secrets and offers stellar views north to the Vatican. The museums are a cornucopia of art treasures; one filled to busting with Roman sculpture, the other Renaissance and Baroque paintings. From here it’s a five-minute stroll to the photogenic ruins in the Foro Romano, which mark the commercial heart of the ancient Roman Empire. For a taste of the megalomania of Rome’s later emperors, explore the Colosseum; the Roman Empire’s biggest amphitheater seated 50,000 braying spectators as thousands of slaves and wild animals met their grisly demise in grotesque games. To dine Roman style, head for the inexpensive, but surprisingly good, family-run trattorie of the nearby Monti district. Next morning, make for Piazza Spagna to make a wish at the Trevi Fountain and contribute to the €3,000 collected for charity each day, before climbing the sweeping Spanish Steps to the Parco Borghese for delightful views over the rooftops of Rome. Here the Galleria Borghese hides one of the best private collections of art in the city, including early work by Bernini and Canova’s topless portrait of Napoleon’s sister Pauline, painted in 1804. Picnic in the park while enjoying the views – family-friendly activities include Segway rides and kids’ movies at the Cinema dei Piccoli – before taking the metro from Flaminio to Ottaviano and crossing into the world’s smallest country, the Vatican City. Allow plenty of time exploring the artistic and ecclesiastical treasures in the basilica of St Peter’s, the second-largest church in the world (pipped to the post by the Basilica of Our Lady of Peace in Yamoussoukro, Ivory Coast). Book ahead to tour Michelangelo’s wildly frescoed Sistine Chapel and the Vatican Museums – highlights of the priceless hoards accumulated by power-crazed medieval popes include the spiral staircase by Bramante, the Raphael Room and the Pinacoteca, overflowing with masterpieces by Giotto, Fra Angelico and Titian. Be sure to dress correctly – no bare shoulders, shorts or skirts above the knee – or you’ll be refused entry to the basilica. On leaving the Vatican, stop off at Castel Sant’Angelo, designed by Emperor Hadrian as his mausoleum. Over the centuries, it has served as a fortress, a papal residence and a prison but today it’s open for tours of the former papal apartments and for glorious panoramas over the River Tiber from the roof terrace. By night get lost in the atmospheric lanes and mini-piazzas of medieval Trastevere for suppers of platters piled high with pasta and seafood. **Written by Sasha Heseltine

A Weekend with the Kids in Barcelona